He's hoping this will be the year he achieves his junior goal to win a major equitation finals. With a good record this year, and last year's solid finish in the WIHS Equitation Finals--he and Cent 15 finished 3rd overall with a 2nd place in the hunter phase and 4th in the jumper phase--he is well positioned to achieve that goal.

Growing up on a small horse ranch in southern Colorado, Dominic, 17, began his life with horses with trail rides, joining the Fort Carson Hounds, and helping his family with barn chores--including watching for rattlesnakes in the hay!

His formal riding and jumping lessons started when he was 11. Showing early aptitude, he moved quickly to showing on the A-circuit at age 12 with a green pony.

A Typical Day for Dominic

Now five years later, Dominic typically begins his day with barn chores and riding four horses in the morning, followed by schoolwork and classes--even during the summer.

When not at the barn, he volunteers at El Centro de Los Pobres, where he helps collect new and used electronics for children of migrant families for distance learning now the staple due to COVID-19. He also rides mountain bikes, and climbs Colorado 14ers, challenging peaks rising 14,000 feet or higher. Colorado has 54 such peaks, more than any other state.

As COVID-19 has affected so many aspects of the equestrian industry, Dominic has taken the extra time away from the show ring to focus on the fundamentals of his riding and enjoy time at home catching up with his family and dogs, something he says “feels so rare now.”

The young Coloradoan said his greatest inspiration by far is his mother, Erin Gibbs, who has contributed throughout the barn and driven Dominic and his sister all over the country to chase their dreams. When speaking about her contribution to his success, he says, “she is always by my side to support me, to push me, and to help me along the way.”

Dominic's regular competition partner is Cent 15, an 11-year-old Hanoverian gelding that Dominic fine-tuned from a jumper to a successful equitation horse with the help of Stacia Madden. Cent 15 has previous experience at the CSI4* level and in Nations Cup competition. 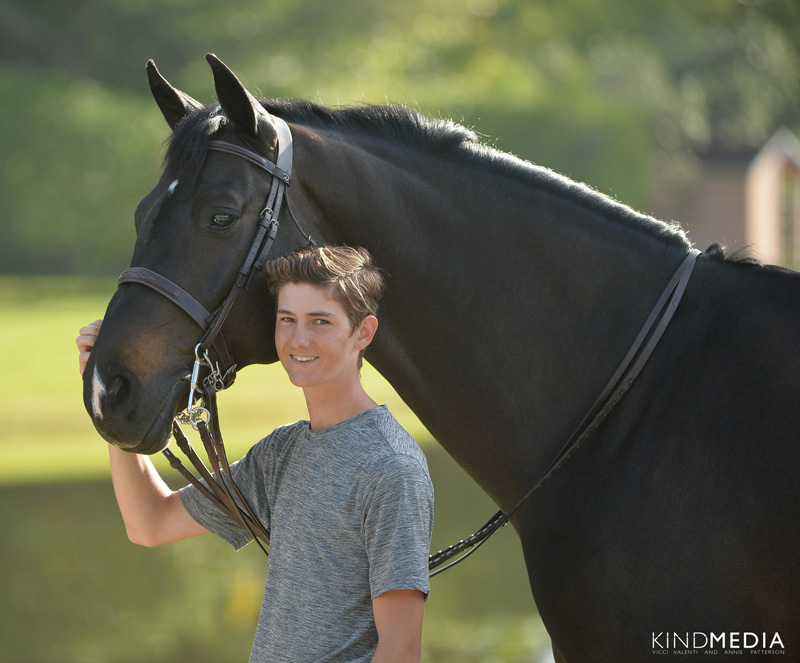 “Cent is magical. He makes me feel incredibly special,” said Dominic as he described his top mount.

During the year, Dominic had the opportunity to catch ride a few horses, which he said helped him learn a lot, develop better skills and improve some weaknesses.

For his two remaining junior seasons, Dominic's goal is to win an equitation final--a goal that does not seem far off after a successful third place finish in the 2019 WIHS Equitation Finals, during his first year of competing in the 3’6” equitation.

Dominic has also set his sights on competing internationally on a young riders jumper team or in U25 grand prix classes, as well as attend college.

Throughout his career, Dominic wants to “find a way to give back to the sport and help others on their journey, just like those who have helped me.”

We look forward to welcoming Dominic back to the WIHS arena and wish him best of luck at the upcoming WIHS Equitation Finals Oct. 23-24, at Tryon International Equestrian Center, in Mill Spring, N.C.