A pony ride at a local fair was Kaylin Sculthorpe’s first introduction to riding and all it took to get her hooked on the sport. Six years later, she sits at the top of the WIHS Pony Equitation standings (as of March 23).

Kaylin's primary partner in the show ring is Marvel Comic “Marvel,” a 13-year-old Welsh cross she has had for two years and shows in the Large Pony Hunters. Kaylin and Marvel bonded quickly, qualifying for Pony Finals, the Devon Horse Show, and WIHS in their first year together.

“He knows what to do when he gets into the show ring,” said Kaylin. “He is also very lovable and gives kisses when you lean forward with your hands behind your back.” 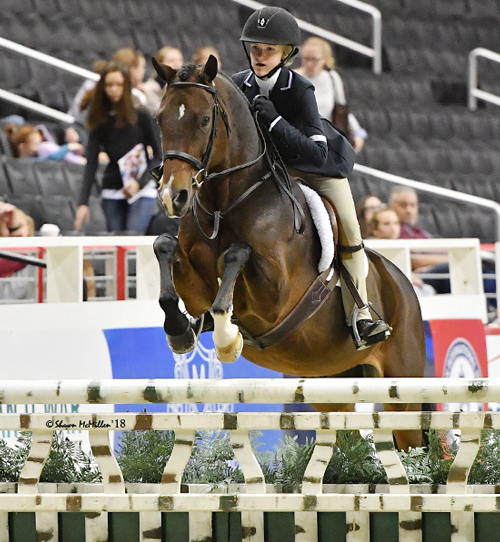 Sculthorpe and Marvel competed at WIHS for the first time in 2018. Shawn McMillen Photography.

Kaylin is at the barn seven days a week spending hours riding, training, grooming and just being with Marvel, as well as a two green projects--Highlands Lyric “Missy,” a Welsh cross, and Mr. Blue Sky “Mister,” a Belgian Warmblood. Patience and hard work on her equitation skills is paying off as she's become known as one of the “softest” riders, earning the confidence of her trainers to give her every opportunity to ride something new.

Kaylin has set some challenging riding goals including getting a ribbon at Pony Finals and competing in the 3’6” equitation at all the major finals.

“To see her put her whole heart into something and succeed makes me really proud” said Kaylin’s mother, Cindy Sculthorpe. “And these are goals she is setting for herself.”

When not at the barn, Kaylin enjoys spending time with family and friends. Even then, she's often thinking about horses--setting up jumps to take with her family’s dogs.

When asked which equestrian she admires most, Kaylin named Olympic and World Cup medalist and frequent WIHS competitor, Beezie Madden, and the qualities that appeal to her most: “She turns quickly, can adapt to any horse she's riding, and is always so friendly.”

So as Kaylin looks to the future, it makes sense she'd like to follow in Beezie's footsteps and become a professional rider and trainer. 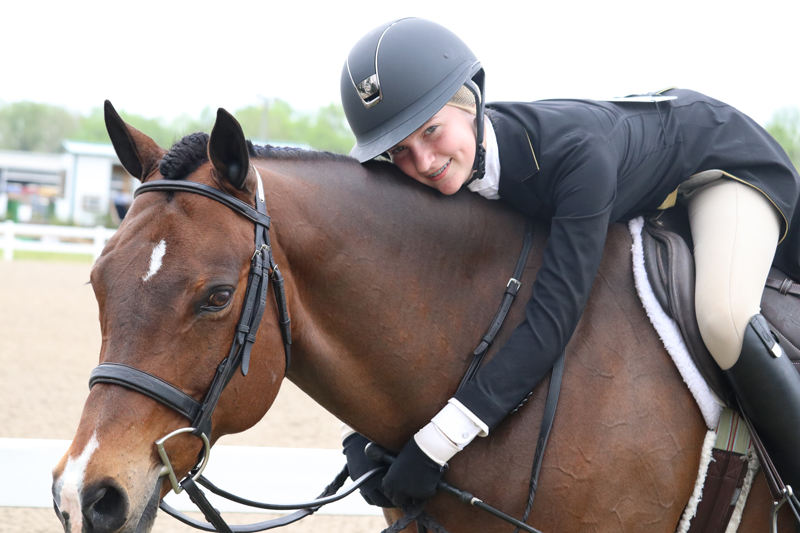 Kaylin’s hard work and dedication have certainly paid off and we can’t wait to welcome her back to WIHS at Capital One Arena this fall. Congratulations, Kaylin!

Learn more about the WIHS Equitation ~ sign up today to begin earning points when the show season resumes.

Are you trying to qualify for WIHS? Check your rankings (undated on Fridays)

Photos courtesy of Cindy Sculthorpe except as noted.