WASHINGTON, Nov. 15, 2019--The Washington International Horse Show (WIHS) presented by MARS Equestrian™, is pleased to announce that the historic six-day horse show will return to Capital One Arena in 2020 with top sport, equine-inspired entertainment, and family-friendly happenings in the heart of the nation’s capital city from October 20 through 25. 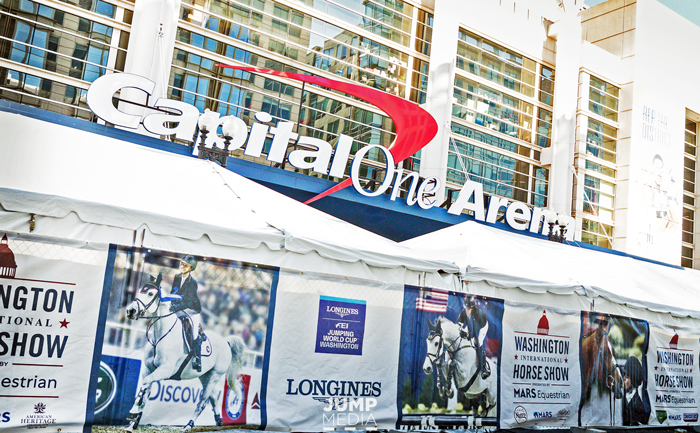 WIHS transforms the streets around Capital One Arena for the six-day event. Photo by Jump Media.

Additionally, the WIHS team is already working closely with the leadership of Capital One Arena on plans for 2021 and beyond, which include a renewed three-season partnership with Longines, title sponsor of the Longines FEI Jumping World Cup™ Washington. The WIHS Regional Horse Show will continue to be held at Prince George's Equestrian Center the week preceding WIHS with planned upgrades for the facilities and programming.

“We want to thank our generous sponsors, vendors, and donors who were integral to the success of our 2019 event,” said Vicki Lowell, President of WIHS. “The competitors and atmosphere at the show were fantastic this year with electric performances, very strong entries, attendance growth, and an engaged group of loyal fans and newcomers. We want to take this opportunity to also thank the tremendous staff, ring crew, valued partners and the Capital One Arena team who made this show production possible.” 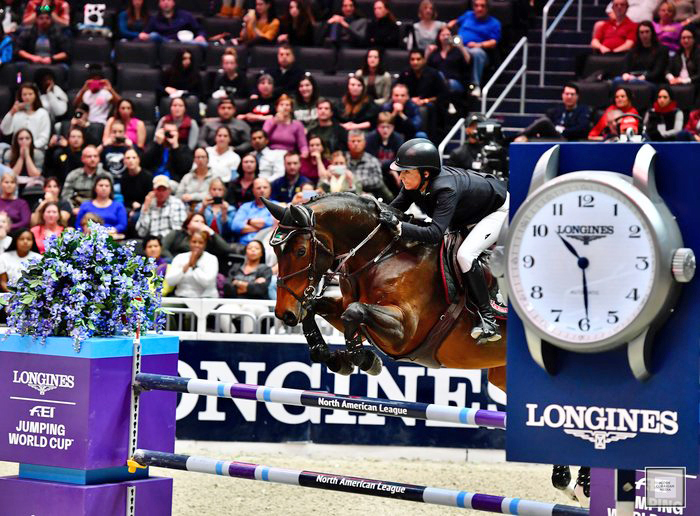 As the year comes to a close and plans are already underway for 2020 and beyond, WIHS would like to invite friends and supporters to make a donation to help solidify the future of the show. Donations, large or small, play an increasingly integral role in the success of WIHS as the cost, complexity and challenge of staging the event increases each year. Please help WIHS remain one of world’s most treasured metropolitan horse shows. 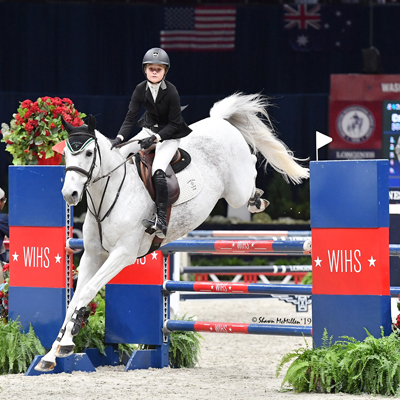 Caroline Nadalin, 14, of Plain City, Ohio, and Boujis jumped off against nine in a field of 25 to win the $10,000 WIHS Children's Jumper Championship.

Veteran riders Schuyler Riley and Aaron Vale both jumped the great wall to a height of 6'9" to tie in the $25,000 Land Rover Puissance high jump.

Hundreds of children came out for WIHS Kids' Day, an annual free, fun, educational event, with a popular new visitor this year--Blossom, the rescue mini donkey.

It was all about fun at WIHS Barn Night's Halloween on Horseback. Young horse fans enjoyed sport, contests, prizes, entertainment, costumes, and trick or treat!

Meet a horse at WIHS. Each year WIHS brings horses and people together giving passersby, young and old, a chance to meet and pat a horse, maybe for the first time.

Established in 1958, the Washington International Horse Show is one of North America's most prestigious and entertaining equestrian events attracting more than 26,000 spectators annually to Washington, D.C., for Olympic-level competition plus community and charity events. More than 500 top horses and riders arrive from all over the globe to jump for more than a half a million dollars in prize money. Highlights include the $136,300 Longines FEI Jumping World Cup™ Washington, presented by Events DC for the President's Cup, the $25,000 Land Rover Puissance (high jump), $50,000 Speed Final on Military Night presented by Caterpillar Inc., and Kids' Day, an annual free, fun and educational community event. WIHS is an official USEF Heritage Competition and rated CSI4*-W by the Fédération Equestre Internationale. The Washington International Horse Show Association, Ltd. is a 501(c)(3) nonprofit charitable organization based in Washington, D.C. For more information, visit wihs.org.