WASHINGTON, May 9, 2019--The Washington International Horse Show (WIHS) is thrilled to announce the return of the WIHS Shetland Pony Steeplechase Championship Series for the seventh consecutive year, thanks to the ongoing support of Charles Owen, a leading manufacturer of equestrian safety helmets and equipment.

“We’re so appreciative to Charles Owen for the continued support of the enormously popular WIHS Shetland Pony Steeplechase Championship Series,” said WIHS President Vicki Lowell. “The races have become a highly anticipated crowd favorite each year, and it’s thanks to Charles Owen’s sponsorship that we are able to continue this entertaining WIHS tradition.”

The popular pony steeplechase racing series will kick off the 2019 season at the Devon Horse Show in Devon, PA, on Sunday, May 26, and memorial Day, Monday, May 27. The series will culminate at  Capital One Arena in Washington, D.C., during the 61st annual WIHS, with races held on Barn Night, Thursday, October 24, and on President’s Cup Night, Saturday, October 26. 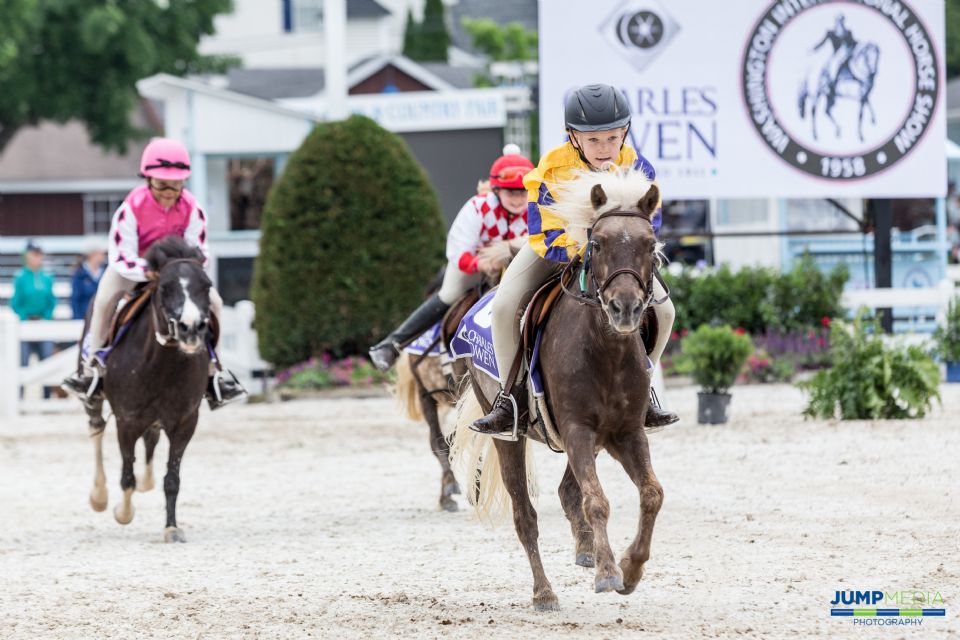 The WIHS Shetland Pony Steeplechase Championship Series presented by Charles Owen will return to the Devon Horse Show, May 26-27, 2019. Photo by Jump Media

Introduced at WIHS in 2013 when the Washington Post dubbed the races “D.C.’s newest, and cutest, sport”, they are designed to closely mimic professional steeplechase races, but with junior jockeys and miniature mounts!

For those new to Shetland Pony steeplechase racing, watch footage of the 2018 Barn Night race here!

"Charles Owen is proud to sponsor the WIHS Shetland Pony Steeplechase Championship Series again this year," said Charles Owen's Director of Sales and Marketing, Danielle Santos. "Contributing to young riders' safe start in the sport has long been a priority of our company, so the series has been a natural fit and something that we look forward to on our annual calendar." 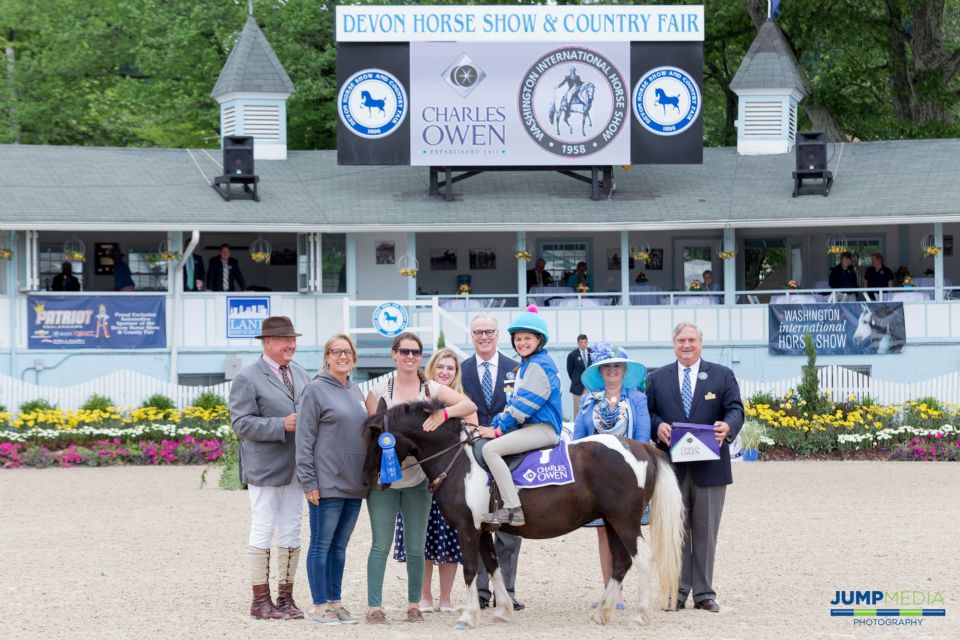 The young jockey named the safest rider in each race at the Devon Horse Show will receive a new Charles Owen helmet. Photo by Jump Media

While contesting the races at Devon and at WIHS, the young jockeys are vying not only for winning honors, but also for the chance to be named the safest rider in their race, a title for which Charles Owen presents a new helmet.

Spectators at the Devon Horse Show also have an opportunity to claim prizes in conjunction with the races, thanks to the #PonyPower Prize Sweepstakes. Follow along with WIHS social media for details on the social media contest to be held May 26-27.

The 61st annual WIHS will take place on October 22-27, 2019, at Capital One Arena in Washington, D.C. Find more information online at www.wihs.org.

About Charles Owen
Known throughout the world as the leader in equestrian helmet design, Charles Owen represents more than 100 years of innovation and style for a safer world. Each Charles Owen helmet is handcrafted using the highest quality materials. With the largest range of helmet styles and shapes, independently certified to up to four international equestrian safety standards, Charles Owen offers a wider range of protection in a potential accident. For further information, please visit www.charlesowen.com.

About  Washington International Horse Show
The Washington International Horse Show is one of North America's most prestigious and entertaining equestrian events attracting more than 26,000 spectators annually to Washington, DC, for Olympic-level competition plus community and charity events. More than 500 top horses and riders arrive from all over the globe to jump for more than a half a million dollars in prize money. Highlights include the $135,000 Longines FEI Jumping World Cup™ Washington for the President's Cup presented by Events DC, the Lindsay Maxwell Charitable Fund WIHS Equitation Finals, the $25,000 Land Rover International Puissance (high jump) on Military Night presented by Caterpillar Inc., and Kids' Day, a free, fun and educational community event. WIHS, an official USEF Heritage Competition, is rated CSI4*-W by the Fédération Equestre Internationale, the world governing body for horse sports.