The MHSA Gittings Horsemanship Finals highlighted competition at the WIHS Regional Horse Show as the feature event on Friday with a win for 17-year-old Madeline McManus of Owings Mills, MD. After placing second in 2016, McManus came back this year to secure the win riding her own Invesco.

Second to McManus, Kathleen Mathews rode her own Aoki to finish behind the leader with Emily Cyrway taking third place riding her own Orion. Kayla Wolfe and her own Cyrano were fourth while Ana Bertozzi rounded out the top five riding True Colors for owner James Webb. 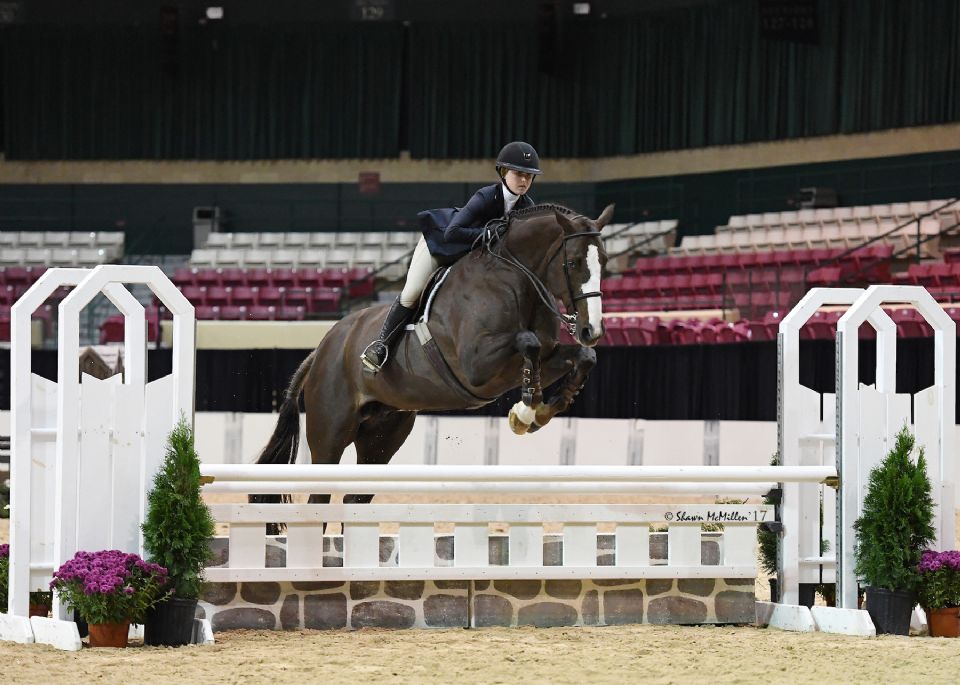 McManus has competed in the MHSA Gittings Horsemanship Finals for six years, but got her first win this year, saying, “I love the show. It is one of my favorites every year.

“I was pretty busy on Friday riding other horses for kids at my barn,” continued McManus, who rides under the direction of trainers Amy and Streett Moore. “I didn’t get to see anyone go in the Gittings, which was a little nerve-racking, but it obviously worked out really well for me.”

McManus has had the ride on Invesco, a 13-year-old Dutch Warmblood gelding, for six years and considers the mount’s strength to be his adjustability in the show ring.

“He is the absolute best,” said McManus of her horse. “He never lets me down. He can do anything well, but he was really great at the counter-canter in the test in the Gittings Finals.” 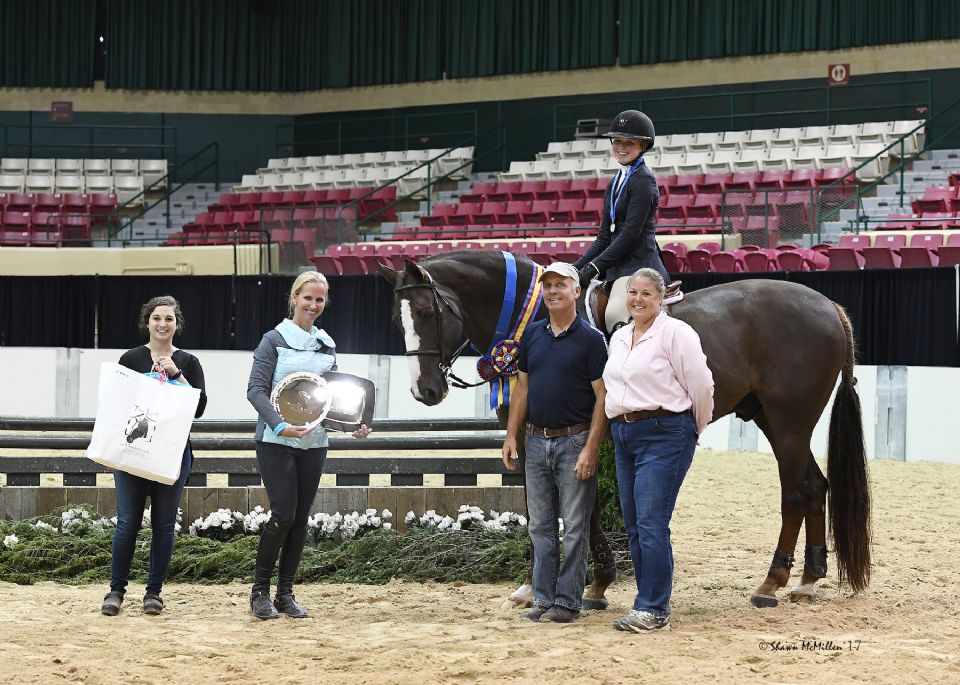 Madeline McManus, aboard Invesco, is presented as winner of the 2017 MHSA Gittings Horsemanship Finals at the 2017 WIHS Regional Horse Show and USHJA Zone 3 Championship, presented by The Linden Group at Morgan Stanley. Photo by Shawn McMillen Photography

A senior in high school, McManus is currently making plans to attend college and compete on an IHSA team. Most immediately, however, she serves on the WIHS Junior Committee and will be competing at WIHS in the junior hunter division this week.

“This is my second year on the junior committee, and I love the experience,” she said. “We get to see and do so many cool things, and meet people that we would not have otherwise have the opportunity to meet. Last year, I met Jessica Springsteen and that was really special.” 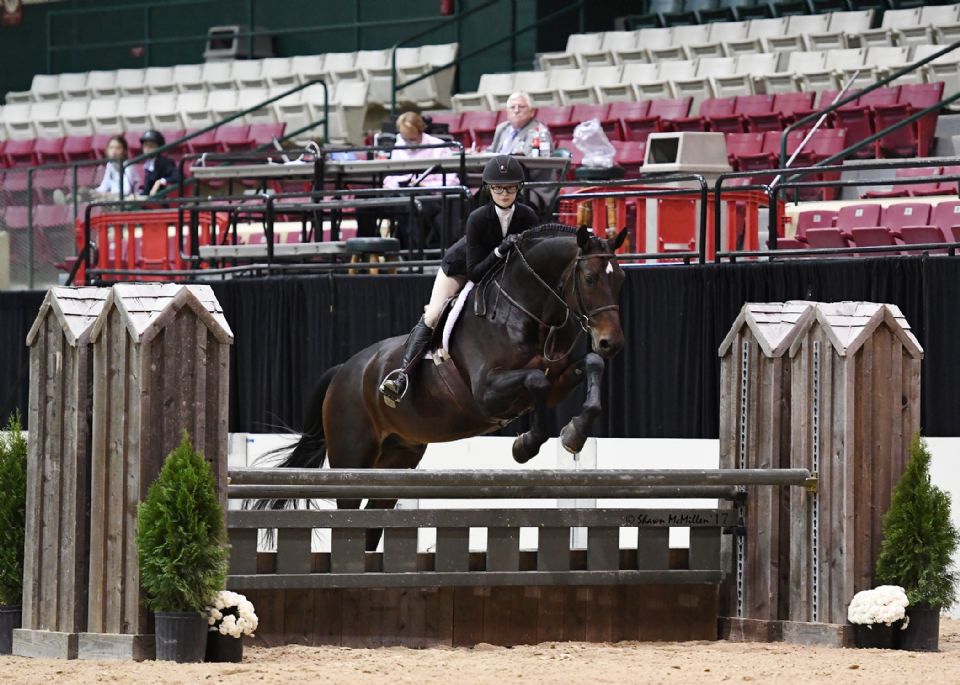 In the hunter divisions, Stellium was named champion in the USHJA Zone 3 Adult Amateur Hunter 18-35 division with owner and rider Riley Ballard in the irons. Touch, owned and ridden by Julia Hanover, earned reserve. The tricolor in the USHJA Zone 3 Adult Amateur Hunter 35 and Over Final went to Styliczed for owner and rider Bridgett Mcintosh. Lindsey Evans-Thomas piloted Hudson to reserve champion for owner Margaret Widmayer.

Claire Parkinson was named champion in the USHJA Zone 3 3’3” Junior Hunter division riding her won Chazeaux. The reserve title when to Courtney Morton and her own Vivid Star.

Photos may be used one time only in relation to the above news item.
For high resolution photographs, please e-mail: jwood@jumpmediallc.com.