The 2016 WIHS Equitation Finals award presentation with champion Hunter Holloway aboard Any Given Sunday with WIHS President Vicki Lowell, Holloway's trainer Don Stewart and the top finishers.
©Shawn McMillen Photography
"The Lindsay Maxwell Charitable Fund is proud to support the Washington International Horse Show Equitation Finals. The Finals are one of the truly great, national-level equestrian competitions and represent the culmination of years of dedication, countless hours of practice, and are definitely a highlight of a junior rider's career," said Lindsay Maxwell, a successful California-based amateur rider and philanthropist.
Now in its 26th year, the WIHS Equitation Finals is a rigorous three-phase competition held over two days. A panel of three judges test and evaluate the riders in hunter, jumper and work-off rounds to determine the best of the best.
Former WIHS Equitation Finals champions include Kent Farrington (1999), currently the #1 rider in the world and two-time Olympic gold medalist McLain Ward (1993), currently #2 in the world. Other WIHS Equitation Finals alums active in grand prix ranks include Brianne Goutal (2004), a judge in this year's Finals, Jack Hardin Towell Jr. (2006), Lillie Keenan (2010), Victoria Colvin (2015) and Hunter Holloway (2016). 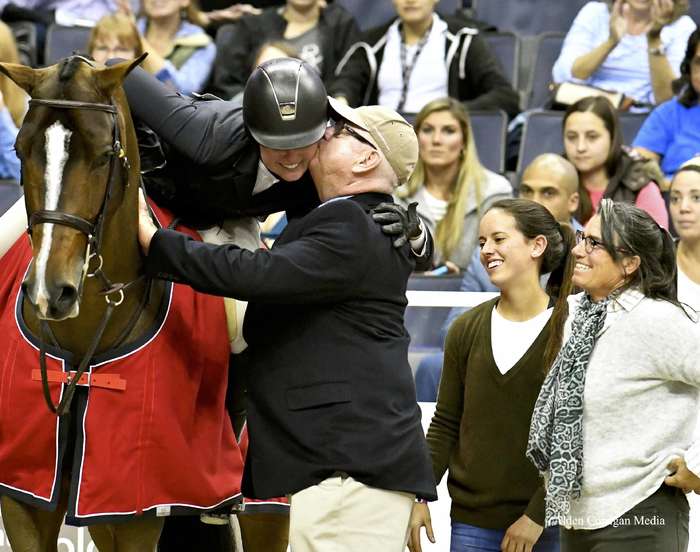 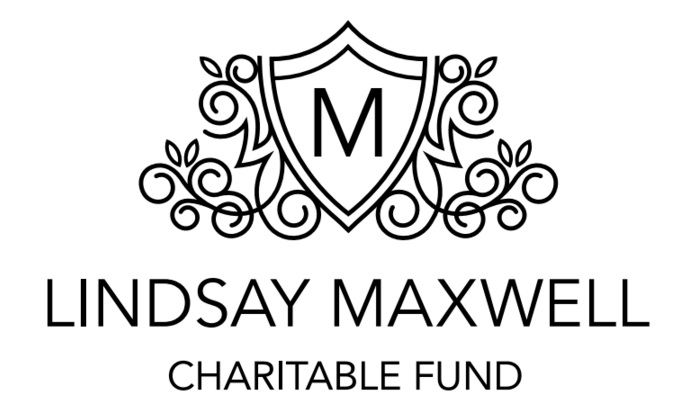 To be eligible, applicants must be WIHS members and in the top 70 of the WIHS Equitation Rankings at the time of application. The deadline is Tuesday, September 5, 2017. Applications are available on wihs.org/wihs-equitation or by contacting Lindsay Pologe at info@wihs.org or 202-525-3679.
Invitations to compete in the Lindsay Maxwell Charitable Fund WIHS Equitation Finals will be sent to the top 40 junior riders based on points earned during the qualifying period in the East Coast and West Coast Leagues with 30 riders invited from the East Coast League and 10 riders from the West Coast League.
Qualifying events for WIHS Equitation are held at more than 650 horse shows throughout North America, where riders can earn points to be eligible to compete in the Equitation Finals as well as the WIHS Children's and Adult Hunter and Jumper Championships. The qualifying period runs from Sept. 1 through Aug. 31. 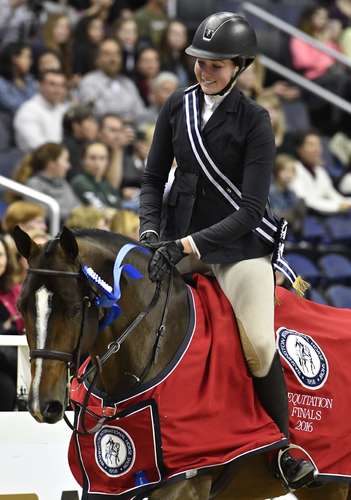 The 59th annual Washington International Horse Show will take place Oct. 24-29 at Capital One Area in Washington, D.C. Tickets are available on Ticketmaster.com and at Capital One Arena (formerly Verizon Center) Box Office.
For more information, please visit www.wihs.org, join us on Facebook, and follow us on Twitter and Instagram. Tag us using #WIHS2017 and #HorsesInTheCity.
About The Lindsay Maxwell Charitable Fund
The Lindsay Maxwell Charitable Fund is a private, charitable fund. It accepts grant proposals for the benefit of charitable, educational, or scientific purposes, exclusively from tax-exempt, charitable organizations. The issues where the Fund focuses its resources reflect Lindsay's personal priorities and values: improving the lives of children with special needs; enabling access opportunities to education; and providing care, compassion, and protection to animals.