WASHINGTON, Oct. 6, 2016--The 2016 Washington International Horse Show (WIHS) is quickly approaching, and the lineup of exhibitions for this year's event promises to be one of the best yet! 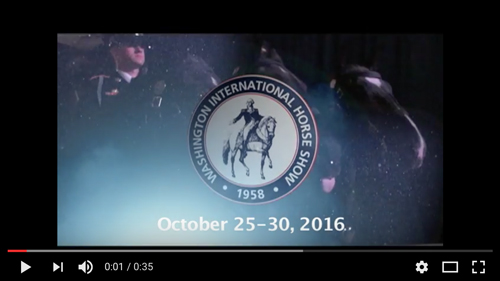 Look who's coming to Washington! Watch the video!

Featuring members of the U. S. Olympic silver medal show jumping team fresh from Rio, and many of the nation's best horses and riders, WIHS is the pinnacle of the show season for many equestrians. Along with important year-end competition, the event also features entertaining performances from multi-discipline equine stars. The 58th annual Washington International Horse Show runs October 25-30, 2016, at Verizon Center in Washington, D.C. Tickets can be purchased at www.ticketmaster.com.

"Thursday, Friday, and Saturday nights are especially hot at WIHS, with thrilling competition and the best in equestrian entertainment. This year crowd favorites return like the Shetland Pony Steeplechase, and two of the internet's most talented stars, Dally and Spanky, are making the long trip from Spokane, Washington, to celebrate horses in the capital city!" said WIHS President Vicki Lowell. 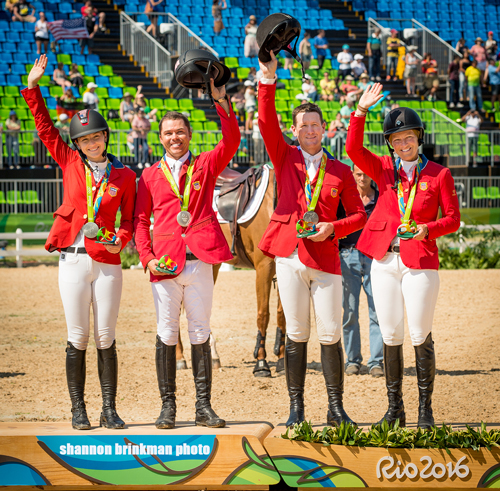 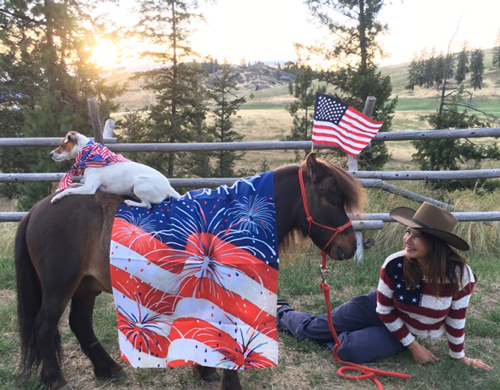 Dally and Spanky, best friends forever, will be traveling to WIHS for the first  time!

Introduced in 2013, the WIHS Shetland Pony Steeplechase races, dubbed "D.C.'s newest--and cutest--sport" by the Washington Post, are run like professional racing events with a bugler, race caller and photo finish, but in miniature. The jockeys are youngsters from ages eight to 13 mounted on traditional Shetland Ponies racing over a course of mini-hurdles. 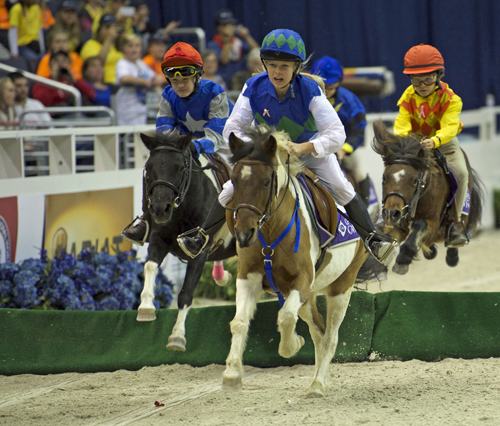 The ponies and jockeys have been training all season to be ready to race at WIHS on Thursday and Saturday nights! © Shawn McMillen Photography

Dally and Spanky
Special performances by Dally and Spanky will be held on Thursday, along with additional performances on Friday and Saturday nights at this year's WIHS. Dally is a Jack Russell terrier and Spanky - her best friend - is a rescue miniature horse. They are internet sensations with more than five million views on YouTube and seven million on Facebook, and have appeared on the David Letterman Show, won the Hot Dog award at the World Dog Awards in Hollywood, and appeared on the National Geographic Channel. This dynamic duo will make its first appearance at WIHS to the thrill of fans big and small! 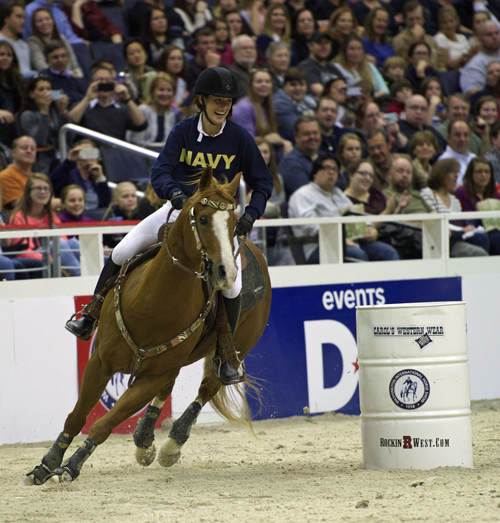 The power of McLean's performances hinge on the deeply personal and loving relationships he forms with his horses. All of his performances, as well as his horsemanship methods, are self-taught and are of an unprecedented depth. McLean believes that the best tools in horsemanship are "Knowledge, Compassion, Patience, and Imagination," and these principles have led him to numerous awards and honors. 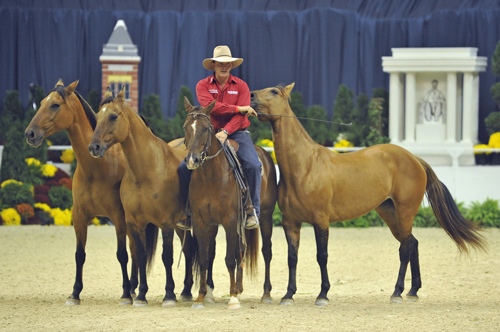 Terrier Races, and more!
The WIHS Mounted Color Guard, represented by the Maryland National Capital Park Police, the U.S. Park Police and the Washington, D.C., Metropolitan Police, will open the show on Thursday, Friday, and Saturday nights. Friday night will also feature a performance from the U.S. Army's Brass Quintet. 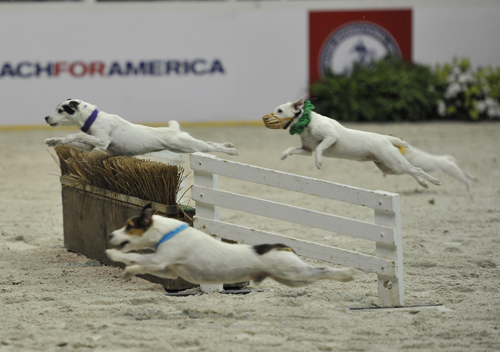 Back by popular demand on Saturday, October 29, the Jack Russell Terrier Races presented by Nutro, will be held during President's Cup Night at WIHS! This fan favorite thrills the WIHS crowd as Jack Russell Terriers soar through the air in pursuit of that elusive foxtail. Jumping tiny hurdles, these cute, energetic, and spirited pups bring great laughter and applause from the enthusiastic WIHS crowd, while putting a smile on everyone's face.

Schedule of Special Exhibitions at WIHS 2016:

WIHS tickets may be purchased online at www.ticketmaster.com or at the Verizon Center Box Office. Discounts are available for groups of 10 or more through Verizon Center Group Sales. Call 202-661-5061 for details.

About the Washington International Horse Show
Established in 1958, the Washington International Horse Show is one of the most prestigious and entertaining equestrian events in North America. More than 26,000 spectators attend the six-day show, which includes Olympic-level competition along with community and charity events. More than 500 top horses and riders come to D.C. from all over the globe to jump for more than a half a million dollars in prize money. Highlights include the $130,000 Longines FEI World Cup™ Jumping Washington for the President's Cup, presented by Events DC (Saturday night), the Puissance high jump presented by The Boeing Company and $50,000 GE Speed Final on Military Night (Friday) and Kids' Day (Saturday), a free, fun and educational community event. The Washington International Horse Show Association, Ltd. is a 501(c)(3) nonprofit charitable organization headquartered in Washington, D.C. WIHS is an official USEF Heritage Competition and is currently ranked #7 in the Top 25 Horse Shows by the North American Riders Group. WIHS is rated CSI4*-W by the Fédération Equestre Internationale, the world governing body for horse sports.