With six months remaining in the qualifying period, which ends Aug. 31, there is still ample time to qualify for the Finals. Riders must be active WIHS members in order for points to count towards the Finals. 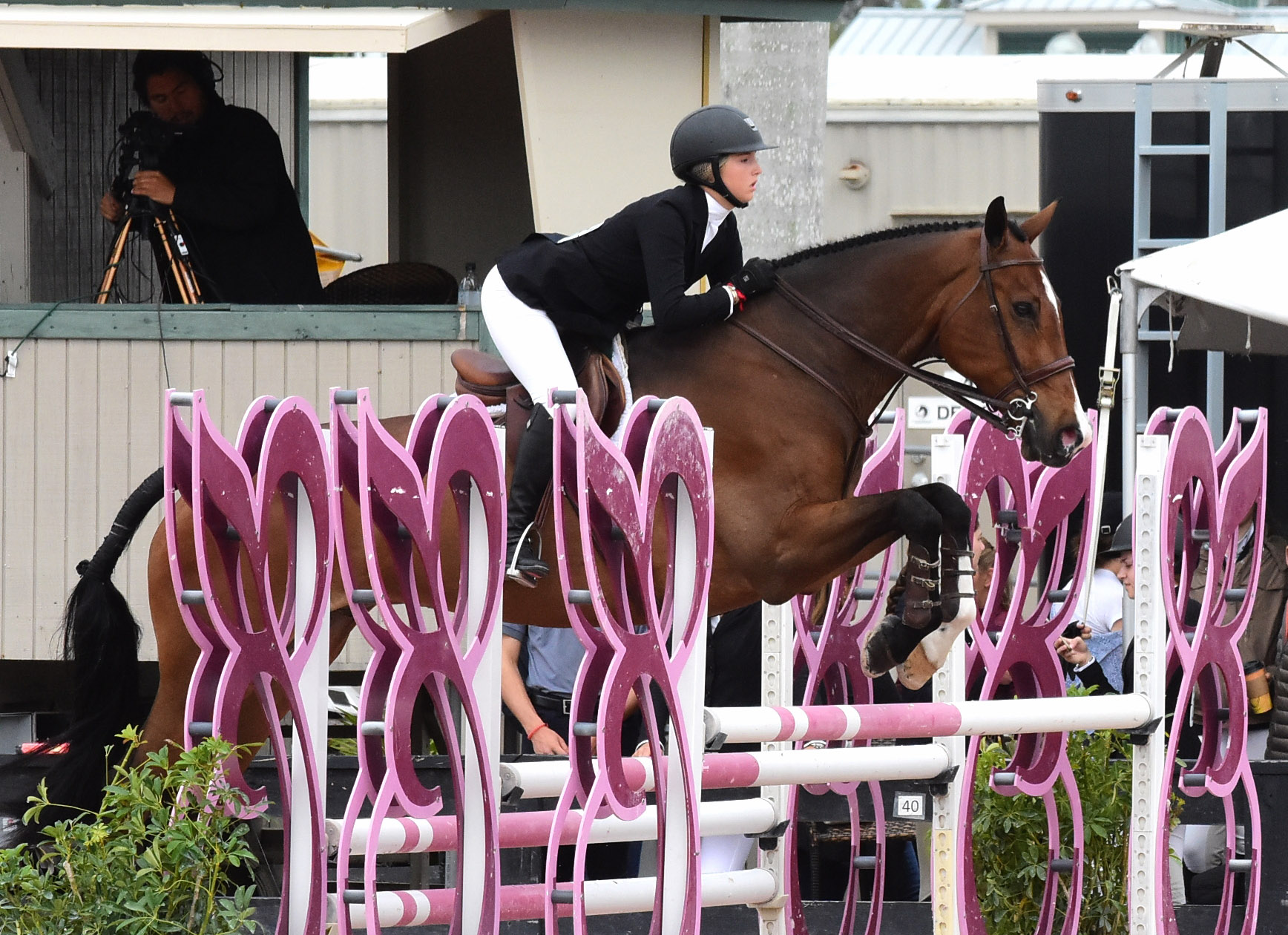 "I think it is a special class because it happens in a major city, which gives it a special atmosphere," said Dignelli about the WIHS Equitation Final. "It has become quite difficult to qualify, which also adds to the atmosphere. It highlights a rider's ability to ride a hunter and a jumper, and that diversity is important."

As the season continues, we congratulate all of the top competitors in the WIHS standings as of March 11:

The top rider in the West Coast standings is Hunter Holloway of Topeka, Kan., with 2,744 points. Sydney Hutchins of Westlake Village, Calif., is second with 1,420 points, and Ransome Rombauer of St. Helena, Calif., is third with 944 points. In the WIHS Pony Equitation standings, Jordan Cobb of Austin, Texas, is leading with 1,014 points.Tessa Downey of Houston, Texas,is second with 449 points, and Anna Robson of Dallas, Texas, is third with 446 points.

In the Children's Hunter Championship,Costar and Helen Lohr of Warrenton, Va., have the lead with 854 points. Norway de la Fosse and Indya Vankirk of Watkinsville, Ga., have 700 points for second place, and Finally Found and CeCe Siegfried of Tulsa, Okla., are third with 650 points. Frontman and Charlotte Williams of Fulton, Md., currently lead the Adult Hunter Championship standings with 898 points. Overseas and Mindy Wurzburg of Memphis, Tenn., are second with 766 points, and Benvolio and Mary Grossman of Burlington, Wis., sit third with 666 points.

In the Children's Jumper division,Mimi Gochman of Palm Beach, Fla., and Windelinde are well on their way to qualifying for the championship with 1,485 points. Anna Claire Smith of Atlanta, Ga., and Bilbo Baggins hold 1,407 points for second place. Phoebe Alwine of Delray Beach, Fla., and Zenith Dance are currently third with 1,323 points.

The Adult Jumpers are also earning points to qualify for their championship finals in October.Bonapart and Lindsey Tomeu of Wellington, Fla., have 2,320 points to lead the division.Bonitha and Sarah Gordon of Stamford, Conn., sit second with 2,091 points, and Feu d'Amour and Mary Kate Olsen of New York, N.Y., have 2,032 points for third.

Don't miss the chance to qualify for the WIHS Championships. WIHS looks forward to hosting the best horses and riders from around the nation in 2016 and encourages all riders to continue their drive to qualify.

> For more information or to sign up to earn points for the WIHS Championship Finals, visit www.wihs.org/membership.