WASHINGTON, October 1, 2015 -- Washington Area Chevrolet Dealers will be center stage once again as title sponsor of the WIHS Winner's Circle at the 57th Annual Washington International Horse Show (WIHS), one of the most prestigious equestrian sporting events in North America, which will take place October 20-25 at Verizon Center in Washington, D.C. 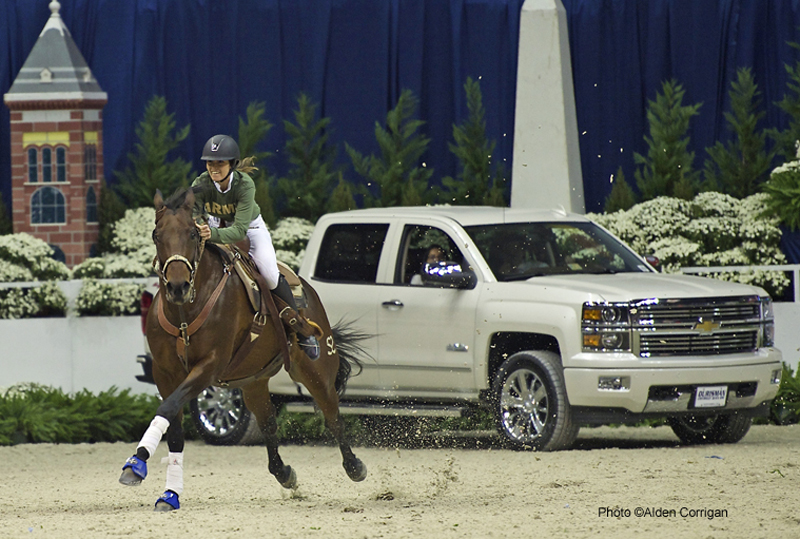 WACD is offering a limited number of free ticket vouchers to dealership visitors during the month of October. WIHS fans can pick up the general admission ticket vouchers at any local Washington Area Chevy dealership, conveniently located in Virginia, Maryland, and West Virginia. While at the dealership, Chevy encourages fans to enjoy their complete lineup of trucks. The 2015 Silverado 1500 was named the "Highest Ranking Large Light Duty Pickup in Initial Quality" by J.D. Power with class-leading V8 fuel efficiency and high-strength steel; and as the Motor Trend Truck of the Year in 2015, the all-new 2015 Colorado is reinventing the midsize pickup from frame up.

"There's no power like horsepower! We are pleased to be a part of this exciting event representing the very best in equestrian competition in the heart of Washington, D.C., just like Chevrolet represents the highest caliber of automotive lineup in the industry and top service in the area," said Bob Biagi, General Manager of Ourisman Chevrolet of Alexandria.

In addition to the Army v. Navy Celebrity Barrel Racing, presented by Washington Area Chevrolet Dealers, Military Night, presented by The Boeing Company, is an exciting evening of competition, exhibitions and special events in honor of the U.S. Military, with highlights including The Boeing Company Puissance, a thrilling high jump competition, and the $50,000 International Jumper Speed Final, a high-test race over a challenging course with jumps close to 5 feet!

"WIHS is proud to partner with Washington Area Chevy Dealers," said WIHS Executive Director, Bridget Love Meehan. "Their standard of excellence and commitment to making a positive difference in the local community bring an important local distinction to our event."

About the Washington Area Chevrolet Dealers Association
The Washington Area Chevrolet Dealers Association is a local group consisting of 27 dealerships located throughout Maryland, Virginia, and the greater D.C. region. Operating as a Local Marketing Association (LMA), the group offers members an expansive network designed to assist with marketing initiatives, share in resources, and gain a competitive advantage in the Washington D.C. area. The group is dedicated to making each member's business a success.

About Washington International Horse Show, www.wihs.org
Established in 1958, the Washington International Horse Show is one of the most prestigious equestrian sporting events in the U.S. More than 26,000 spectators attend the six-day show, which includes Olympic-level competition along with community and charity events. More than 500 top horses and riders come to D.C. from all over the globe to jump for more than a half a million dollars in prize money. Event highlights include the $125,000 Longines FEI World CupTM Jumping Washington, presented by Events DC, for the President's Cup (Saturday night), The Boeing Company Puissance high jump competition on Military Night (Friday) and Kids' Day (Saturday), a free, fun and educational community event. The Washington International Horse Show Association, Ltd. is a 501(c)(3) nonprofit charitable organization headquartered in Washington, D.C. WIHS is an official USEF Heritage Competition and is recognized as a Top 25 Horse Show by the North American Riders Group. WIHS is rated CSI4*-W by the Fédération Equestre Internationale, the world governing body for horse sports.