Washington International Horse Show Elects Officers to Board of Directors

Washington International Horse Show Elects Officers to Board of Directors

WASHINGTON (April 30, 2013) - The Washington International Horse Show, one of the world’s most prestigious equestrian events, is pleased to announce the election of an outstanding and committed slate of officers to serve through 2014. Juliet W. Reid was named chairman of the Board of Directors. Victoria Lowell was elected president, with Anne Poulson to serve as vice president, Marc D. Oken as treasurer and Laurie Peterson Fellows as secretary.

Reid, of Washington, D.C., joined the WIHS Board in 2007, serving as treasurer before being elected president for two terms. She is involved in the horse industry both professionally and personally, serving on the U.S. Equestrian Team Advisory Board and the U.S. Equestrian Federation Marketing Committee. In addition she is co-president of Live Oak International, a prestigious driving and show jumping event in Ocala, Fla., held annually at the family’s farm. Reid’s family is very active in horse sports. Her daughter is a top junior rider competing nationally and internationally in show jumping.

“Juliet brings vision, commitment and personal passion to the Washington International Horse Show.  As president she revitalized this special Washington tradition by building new partnerships with the city, sponsors and the military community. She has made it an exciting sporting and community event unlike anything else inside the beltway or in the equestrian world,” said retiring chairman Gregory Gingery, who remains on the Board after serving as chairman since 2009. Gingery, a longtime supporter of WIHS, also served as president from 1992-1994. 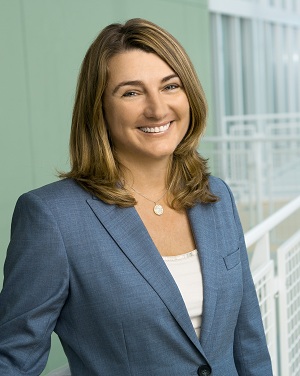 Lowell, of Brookeville, Md., joined the WIHS Board in 2009, serving as secretary for two terms before being elected president this year.

"Vicki combines unparalleled professional expertise in marketing and media along with her love of horses to her new role as president,” said Reid. “She is the driving force behind the bold new creative and strategic direction in our media and marketing outreach – including the 2012 NBC Sports Network national television broadcast of the show.”

In her professional life, Lowell is senior vice president of marketing and operations for Animal Planet and the Science Channel. She also sits on the USEF Marketing Committee and was closely involved in Animal Planet’s Horsepower: Road to the Maclay and the Sporthorse Championship series.  She is an active amateur competitor in show jumping and recently was named circuit champion in the Adult Amateur Jumper Division at the 2013 FTI Consulting Winter Equestrian Festival in Wellington, Fla.

Rounding out the Board leadership is Anne Poulson, re-elected vice president, Marc D. Oken, re-elected treasurer, and Lauren Peterson Fellows, in her first term as secretary.

Poulson, of Washington, D.C. and Orange, Va., joined the Board in 2008. She is a corporate lawyer and lifelong equestrian now focusing her equine interests on thoroughbred racing and breeding through her farm, Hare Forest, in Virginia. She has been active in numerous industry roles, including chairman of the Virginia Racing Commission and president of the Virginia Thoroughbred Association.

Oken, of Charlotte, N.C., joined the Board in 2010. He is co-founder and managing partner of Falfurrias Capital Partners, and currently oversees the operations of the firm. He also serves on the Boards of Marsh & McLennan Companies and Sonoco Products Company. He served as an aviator in the U.S. Navy from 1968-1973. Co-owner of Hi Hopes Farm LLC with his wife, Celene, he is actively engaged in his family’s passion for horses and showing.

Fellows, of Middleburg, Va., is director of The Peterson Family Foundation and serves on the Boards of a number of philanthropic and charitable organizations, including vice chairman of Life with Cancer, Inova Health System, Inova Foundation, Northern Virginia Family Services and Charity Works. An amateur rider herself, she is active in the horse industry serving as chairman of the Loudon Benefit Horse Show and member of the Virginia Horse Shows Association Zone 3 Owner’s Committee. She joined the WIHS Board in 2008.