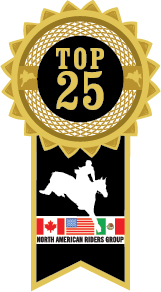 The Washington International Horse Show is one of the most prestigious, competitive and exciting equestrian sporting events in North America. Now in its sixth decade, this championship event brings top horses and riders throughout the country and the world to the nation's capital each October for six days of competition and community and charity events.

The Washington International Horse Show, a 501(c)(3) non-profit organization founded in 1958, is a historic world-class equestrian event that engages, entertains, and educates the Washington, DC, community while supporting charitable and military causes.

Since its inception in 1958, WIHS has provided a showcase for the finest horses from many breeds and disciplines, including Nations Cup international show jumping, hunt teams, side saddle, and Saddlebred, Quarter Horse, Morgan and other breed divisions, plus driving, dressage, barrel racing and lots more.

Over the years, the show has gradually focused more on its core disciplines of show jumping, hunters and equitation, and has sought to bring together the best riders, the most discerning judges and the most creative course designers in a forum to determine the best of the best.

The show has had homes in three local venues. From 1958-1974, it was held at the Washington, DC, National Guard Armory. In 1975 it began a 25-year run at the US Air Arena in Prince George's County, MD. Since 2000, WIHS has been held in the state-of-the-art Capital One Arena in downtown Washington, DC.

WIHS is an official USEF Heritage Competition and has been recognized as a Top 25 Horse Show by the North American Riders Group since the designation was established. WIHS holds a prestigious four-star rating from the Fédération Equestre Internationale (FEI), the international governing body for all Olympic equestrian disciplines.